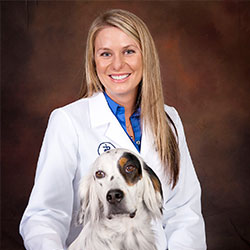 Dr. Lindsey Keller is a native of the Cedar Valley. She graduated from Janesville High School and then attended the University of Northern Iowa where she received her Bachelor of Arts in Biomedical Sciences with a Minor in Chemistry. After graduation, she attended Iowa State College of Veterinary Medicine and earned her Doctor of Veterinary Medicine. Since graduation, she has practiced in Cedar Falls/Waterloo and has recently opened her new practice in Waverly.

Dr. Keller lives just outside of Waverly with her husband Paul, their dogs Gracie and Will, three horses and four cats. She loves the outdoors and staying active in the community. In her spare time she enjoys running, biking, cooking, traveling and spending time with all of her personal pets. 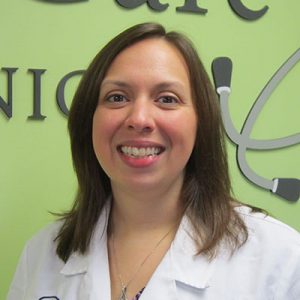 Dr. Kathryn Franz attended Iowa State College of Veterinary Medicine where she earned her Doctor of Veterinary Medicine. After graduation, she practiced in Ottumwa, IA before moving to the Cedar Valley. Dr. Franz currently lives in Independence, IA with her husband and three children. Outside of work she enjoys spending time with her family, gardening, and reading. 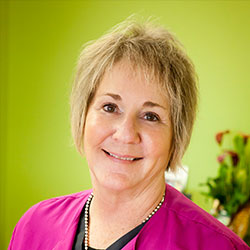 Bonnie – Receptionist
Bonnie has been a receptionist for over 23 years. She loves meeting the people and pets that walk through the door. Bonnie lives in Waverly with her husband Loren and two cats, Snuggie and Dash, who spice life up. She also has a daughter named Jarin and two grandchildren, Avery and Noah. She adores them and they occupy all of her spare time. Bonnie also enjoys reading. 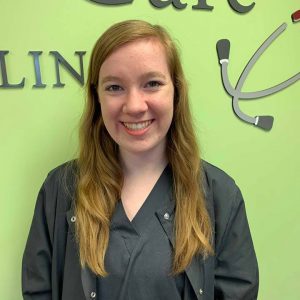 McKenzie – Receptionist
McKenzie grew up in the small town of Traer, Iowa where she graduated from high school. McKenzie currently lives in Waverly with her two cats, Morton and Finn who always keep her on her toes. In her free time she enjoys spending time outdoors, hanging out with family, reading and playing with her cats. 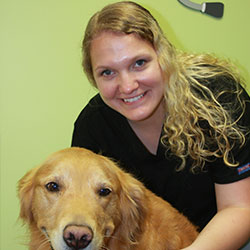 Sarah – Technician
Sarah grew up in the veterinary field. Raised in Wisconsin, her mom was and still is an office manager at a veterinary clinic, where Sarah spent much of her time. Sarah met her husband in the community orchestra while she was in college and moved to Ames, IA. While in Ames, Sarah attended DMACC where she earned a degree as a veterinary technician in 2010 and then continued at Iowa State University where she earned a degree in Animal Science in 2013. After graduating from technician school, Sarah started working at Iowa Veterinary Specialties in the ER department and also helped in Dermatology, Surgery, Oncology and Internal Medicine. She recently moved to Shell Rock with her husband, Chris, and daughter, Charlotte, to be closer to her husband’s family farm. Sarah has 3 dogs, Amelia and Neville who are Golden retrievers and Peggy, a lab mix and 2 cats, Walle and Jarvis. In her free time she enjoys going to ISU football games, being outside, training her dogs, and spending time with her daughter and family. 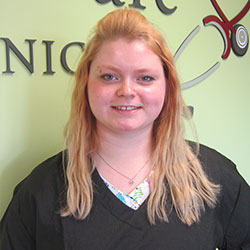 Reba – Pet Stylist
Reba grew up in Cedar Falls and graduated from Janesville High School. Reba started grooming so that she could have a job close to the animals she loves. She’s had a passion for animals of all sizes since she was young and is currently enrolled at Hawkeye Community College with the hopes of transferring to Iowa State University to become a veterinarian. Reba has two dogs, a Chocolate Lab named Daisy and a black German Shepard named Gambit. She also has a Himalayan rat named Splinter. 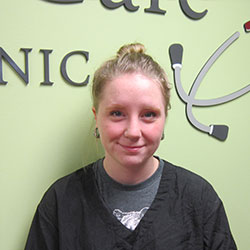 Lexy
Lexy is pursuing her childhood dream of dog grooming. Lexy was trained by and worked for corporate grooming salons in the past. Her and her husband Mack enjoy spending time with their Great Dane, Hermaine, and bearded dragon, Murry. Lexy also stays busy as a Mary Kay consultant, youth leader at her church, and playing cello in their worship team. 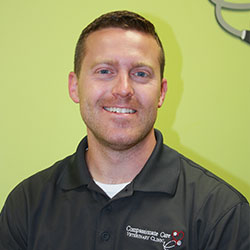 Paul – Clinic Manager
Paul is the manager at Compassionate Care Veterinary Clinic. He and his wife Dr. Keller, opened Compassionate Care back in 2011. Paul is originally from Des Moines and currently lives in Janesville with his wife Lindsey, their dogs Will and Gracie, and two cats, Revere and Feather. 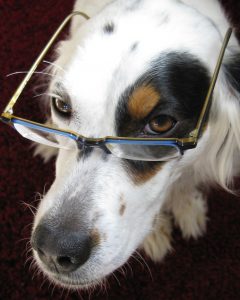 Gracie
Gracie has studied dogs and cats her entire life, and seems to be able to speak their language. Gracie enjoys testing retail products and has been an influential resource to the toys and products we carry. Gracie has two humans and three cats. She enjoys spending time outdoors, bird watching/chasing, and inviting herself on the couch.

Font Resize
Contrast
Accessibility by WAH
Call Us Text Us